Another Royal lets us down 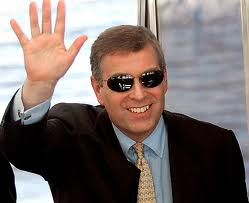 The Duke of York, impersonating the late Colonel Gadaffi
One Royal who has really let us down in recent years is the Duke of York. Time was when 'Randy Andy' would be linked to a wide range of European and American ladies who were most generous with their wares, and these dalliances would find their way into our papers. King Edwards VII & VIII would have been proud. However, of late he has only managed an unfortunate situation with a money lender who was alleged to be a sex-offender. And now he just gets called 'Air Miles Andy' because of his travels. His ex-wife achieved far more impactful scandals, and she wasn't even a real Royal. Having said that, a friend of mine who was an undercover gossip reporter met her at a party. This journalist and she had no-one else to talk to so they spent the night chatting. He said she was so nice that he couldn't bring himself to report the tittle-tattle he learned that evening; a heart-warming tale in these Leveson times.
Posted by David Eckhoff at 14:14 No comments: 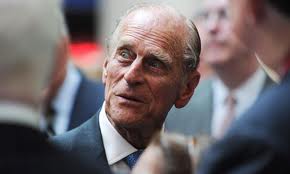 I once had a meeting with the Duke of Edinburgh through work. I expected to think he was awful. However, I came out of the meeting with my vaguely republican views slightly shaken as he seemed like a bizarrely entertaining kindly old uncle. Mind you, he could still be a sort of honorary uncle without being a Duke.  In the meeting he made an amusing gaffe about the paralympics, which was a common-sense enquiry that he did not mean to be offensive, it just came out that way.

I told a Daily Mirror journalist about it and she wanted to use it, I said no as I would probably lose my client, who had asked me to attend the meeting, if I did so. And to her credit she didn't, even though she asked me about it for months afterwards.

One day I'll say what it was but, in the mean time, here's a video of the naval strip-club incident to be going on with.

http://www.youtube.com/watch?v=bOODzX42yaw
Posted by David Eckhoff at 10:53 No comments: